Don’t Let Your Succession Plan be a Bad Sequel

When movies are made correctly and have appeal, there is no denying the impact. They win awards, inspire the audience, and fill the pockets of the movie studios. However, these blockbusters can also be the platforms for some of the biggest flops on record. After a successful movie the audience wonders what will come next, and the studio wonders how they can keep the franchise going? Good sequels can be important, expanding on worlds and delving deeper into plot lines, but a bad sequel can strain our love for the movie by losing key actors and directors, and recycling plot lines and jokes.

One such example is director Allan Arkush succeeding Harold Ramis to direct Caddyshack II, which flopped and earned a 4% score on Rotten Tomatoes. Compare this to the 1980 original classic, which received 74%, and you can see the difference. The same thing can happen in business. Once it is time for a CEO or business owner to retire, the whole company can be put on edge. Many of the employees are thinking about what happens next. Are they left having to find a new job or can a new CEO/owner create the next bright sequel for the company? It might not be possible for the Dan Ackroyd’s of the world to replace the Bill Murray’s in an iconic role, but with the right director they have a better chance to make the role their own and not some cheap imitation of the past.

A study from the Exit Planning Institute shows that 76% of business owners plan to transition their business in the next 10 years. However, 83% do not have a transition plan in place. Coincidentally, lack of planning is the number one reason why businesses fail. During succession planning a business needs to be transitional, meaning ready to pass leadership onto another. A business also needs to be transactional, meaning maintaining a high level of value and low debt, so it is attractive to a potential buyer.

The key factor that determines a successful succession is planning. One should begin this planning the moment they obtain leadership and/or ownership because succession does not happen only when one retires. The only way to beat the worst-case scenario is to plan for it and pray it never happens.

With a thorough plan a company will increase in enterprise value, secure future worth, and reduce potential stress. Without a plan, the decrease in value could be substantial.  According to the Exit Planning Institute, 80% of companies are simply not able to be sold and only 8% of companies actually get their asking price. 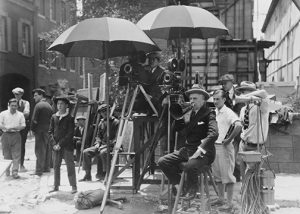 When creating a sequel, the studio needs to consider how popular the first movie was and if a second would generate enough revenue. Then they choose a director, receive a budget, write the script, and cast all the roles before sending the project off for production.

The same considerations need to be undertaken in succession planning. This requires weighing all your options for a successor. Most people look just to the C-suite, but is there any outside hire or fresh face in the company that should be considered? You also need to budget. How much is this transition going to cost? Are there going to be other changes that will take place that need to be considered? Next comes the company plan. Is the new successor going to use the same business model or create one of their own? The answers to these questions will help the company become more transition-ready. This means that all the transactional and transferable aspects have been fine-tuned and prepped for the next stage.

In a movie you can usually tell when there will be a sequel. At the end of the movie you are left with either a cliffhanger or some unanswered questions. It is also easy to tell when a movie studio was not planning on doing a sequel but decided to release a shameless cash-grab. Typically, the sequels that are released after a movie that seemingly wrapped everything up and left no real questions are the ones that flop. Caddyshack II was a movie that did not need to be made and the director believed that enough people would enjoy it purely for the nostalgia and not notice the absence of all but one of the key characters. This lack of planning left the audience bored and consequently became one of the worst movies ever made.

Only careful planning and a sufficient amount of time can prevent you and your business from becoming a bad sequel. If a studio decides to make a sequel, you need to pick the “director” who wants to continue the growth of the company and lead it into the future. Budget? Focus on making the business more financially attractive so there is sufficient capital, investors, and/or potential buyers. Script? Engage in continual business and succession planning and make sure your key financial advisors, accountant, and lawyer are also involved. Casting? Work with an industry recruiter, consultant, or advisor to make sure you have the right people in the right roles. After all, your team needs to be as transition ready as your business.

Succession planning is ultimately about the transaction of your life and not all sequels are bad. The Godfather II is arguably better than the first movie and is considered one of the best sequels, if not movies, of all time. Do you want to be a Caddyshack II or a Godfather II? The choice is yours and now is the time to get started. “Quiet on the set… Action!”

FROM THE EDITOR: Tessa Rasmussen, an avowed movie lover, joined BEST Human Capital & Advisory Group in early June after graduating from Bradley University in Peoria. Bringing over five years of customer service experience working at an industry leading sales and marketing company, Tessa is utilizing her multiple degrees to bring a youthful and experienced approach to clients and candidates, while also doing work on succession planning and business advisory. She has a bright future.

It never felt right.  After a rewarding career that allowed me to see inside a wide variety of compa...

Focusing on Youth in Hiring is Hurting Your Organizational Health June 13, 2018 | 2

The Training Paradox: How We Rationalize a Failure to Drive Engagement March 2, 2018 | 2

Competition vs. Synergy.  Which is it? Does training hold production back or does it lead to increas...