Internal Leaders Affect the Value of Your Business

Internal leaders may not be obvious. They may not even have a “leadership” title. Make no mistake, however; internal leaders are critical to value and attractiveness when it comes to selling your business.

In Super Bowl 55 we saw the impact of an internal leader. Tom Brady has the highest winning percentage of any single athlete in major professional sports. The Tampa Bay Buccaneers have (or at least did up until this season,) the worst win/loss record over their entire existence of any major professional sports team. Yet one man changed the culture of the organization almost overnight.

Remember, for all the accolades being heaped on Brady, he is an employee. He doesn’t own the Buccaneer enterprise or negotiates any contracts other than his own. He didn’t choose the team’s logo, uniforms, location, or coaches.

Tom Brady is paid to fill only one of 53 player positions in the organization. There are also 31 coaches on the team, whose jobs are to teach and give direction to those 53 players. Although every player will acknowledge that winning is a team effort, none will argue the impact of one strong internal leader on his 83 coworkers.

Internal leaders can be good or bad

When I was a very young business owner, I hired an experienced salesman. He was an alcoholic and began inviting other employees to his house for a cocktail after work. It took me some time (too long) to realize that he was plying his coworkers with free booze while he ranted daily about how poorly the company was being run.

I couldn’t understand why there was so much resentment among my team. They seemed to resist any direction I gave them. Finally, one person was kind enough to explain to me what was happening. Because this salesman was my top producer, I was afraid of the impact on revenues if I fired him.

He didn’t want my job. In fact, he didn’t want any of the responsibility that should go with leading. He had merely discovered one of the biggest truths about leadership. It’s easier to tear something down than build it up. People love to hear that things could be better. It’s making them better that is the tough part.

Tom Brady made the Tampa Bay Buccaneers better. Like any good internal leader, he didn’t limit his contribution to his job description as Quarterback. He helped recruit and train the people around him to build a better team. 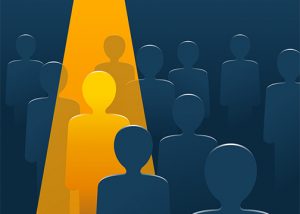 An army dispatches its troops under the leadership of its lieutenants, but it succeeds on the ability of its sergeants. As a business owner, you can inspire with core values and set great goals. Whether you reach them, however, will be determined by your internal leaders.

When it comes time for your transition, they are more important than ever. If you are selling to family or employees, they may not expect to be included in equity, but they will determine the acceptance of those who are.

If you are selling to a third party, his or her achievements following the sale are conditional on the support of your internal leaders. They can prop up an inexperienced owner, or sink him without a trace.

If any part of your proceeds from exiting depend on the continued success of the business, you would be wise to identify your internal leaders and make some provision for their continued loyalty after you are gone. If they don’t buy-in, you could see the value of your enterprise (and your payout) decline substantially.

John F. Dini, CExP, CEPA is an exit planning coach and the President of MPN Incorporated in San Antonio, Texas. He is the publisher of Awake at 2 o’clock and has authored three books on business ownership.

Are you planning to exit and sell your business? Exit planning is quickly becoming a buzzword in the legal and financial communities. Your professional advisors are positioning themselves to provide tax, risk management, wealth management, and contract preparation services. BEST Exit Plan Advisor has been trained to manage your team of tax, legal, business, and financial planners to navigate your exit strategy. Click here for our Special Section on Exit Planning for more details and a video on how to get started.

If you want to see how prepared you are for transition, take the 15-minute Assessment at no charge:

We recently sent an email to our BEST BRIEFS newsletter subscribers on the topic of ageism, and it d...

Employee Pay in Focus: Transactional vs Strategic Pay Practices May 11, 2021

Differences abound between transactional and strategic human resources, but even if the distinctions...

A 2021-2022 Employer Hiring Guide as the Pandemic Recession Subsides Change is the one constant in b...